Why is the new Netflix TV series 13 Reasons Why causing such a heated conversation? The reason is simple: We are talking about suicide!

Although suicide is one of the leading causes of death worldwide, especially among 15-19-years-old, it remains a taboo – controversial and largely misunderstood. According to the World Health Organization over 800,000 people die due to suicide every year with 75% of deaths occurring in low-and middle-income countries. Previous suicide attempts has been identified as the strongest risk factor in the general population.

The recent release of 13 Reasons Why has been followed with heated discussion about suicide, especially regarding the simplistic way Hannah’s death was presented. The last episode is the most debated yet. While Hannah’s death scene could have intended to debunk the myth that suicide is an easy option by depicting a graphic death, it could also be argued that it looked too easy and it took away the fear element of dying by deliberate self-injury.

A contemporary suicide theory, the Interpersonal-Psychological Theory of Suicide, explains that there are two distinctive phases which might lead to suicide: suicide ideation and suicide attempt. Suicide ideation (thinking about suicide) and suicide attempt (engaging in deliberate self-injury with the intention to cause death) are separate phenomena that are not always experienced together. That is to say that although an individual might have suicide desire, they might not necessarily have capability to complete suicide. The opposite is also true.

To differentiate between suicide ideation and attempt, researchers have linked different self-perceptions to each phenomenon. For instance, individuals experiencing suicide ideation might experience thwarted belongingness (an expressed desire to die because the need to belong was not met) and perceived burdensomeness (the self-perception that one is a burden to others). On the other hand, attempting suicide is said to involve acquired capability for suicide (the ability to enact lethal or near lethal self-injury developed through life experiences). Individuals capable of suicide are often not fearful of death and partake in impulsive and risky behaviour.

Fear of death can be a protective factor to suicide, but so is information. Hannah presented many consistent signs of a suicidal individual. Some of these signs were: withdrawal from family, friends and activities she previously enjoyed; feeling like others in her life would be better off without her; resistance to believing people cared for her (e.g., Clay); changes in mood; and risky behaviour (e.g., going to a party of a known sexual predator). Having people around who understand and can recognise signs of suicide risk is possibly the best protective factor. Consequently, engaging community members in awareness of suicide risk and prevention is an important step towards change.

There are many myths around suicide including the belief that talking about it gives people the idea to do it. This myth is one of the reason why individuals considering suicide might choose not to tell others about how they are feeling. Also, this myth might be one of the reason why people do not ask others directly about suicide. Well, that is just not right! We need to talk about suicide.

Organisations such as Lifeline and Cores have long been training crisis counsellors and community members to ask others directly – “Are you thinking about suicide?”. Information is power towards helping people at risk. Contrary to popular belief, people considering suicide do not necessary admit to being sad or depressed. Further, if asked indirectly, they might deny suicide ideation or intent to attempt. Whereas a non-judgemental and open approach to asking about suicide is often received with the truth.

The aftermath of the media attention received by the Netflix series is both negative and positive. On the one hand, the web is now flooded with articles discussing suicide contagion (also known as the “copycat” phenomenon). On this topic is important to clarify that although cases of suicide might cluster together, it does not mean it is solely due to imitation. Suicide takes intention, capability and a lot of planning. Furthermore, researchers have long speculated that suicide statistics are often misreported. On the other hand, the Netflix series emphasised the idea that there is no one cause for why someone chooses suicide. It also exposed how suicide myths can stand in the way of suicide risk awareness and prevention.

Conclusively, it is no surprise that 13 Reasons Why has provoked such a heated debate seems this is what the series’ produces likely intended to spark. In response, readers should be informed about how the message of suicide might be perceived by those already at risk and those who have had little exposure to the topic. The take home message here should be that we need to pay attention to others around us and offer a non-judgemental ear. If you are feeling concerned or distressed about yourself tell someone. If you feeling concerned or distressed about a friend, family member or work colleague call Lifeline 13 11 14, Suicide Call Back Service 1300 659 467,  or Kids Helpline 1800 55 1800.

Do not let the conversation end. There may be people out there who think that suicide is an option, but we need to let them know that it is not the only one.

Posted in Suicide Research, Online Articles
← What makes someone more likely to be bullied at work and how companies can help them.Is Awareness of Suicide Risk and Intent Culturally Informed? A Comparison between Australia and Brazil. → 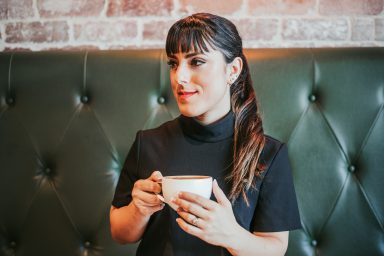